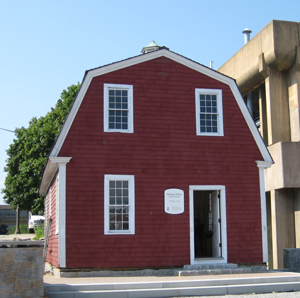 How to Volunteer as a Docent and view the Docent Schedule

Our state hero, Nathan Hale, taught here in 1774 and 1775, several years after graduating from Yale at the age of eighteen. Hale moved here to take over the Union Grammar School after complaining of the “remote life in the wilderness called Moodus” and leaving East Haddam.

In 1775, Hale enlisted to fight for our independence in the American Revolution, soon after being promoted to the rank of Captain. He was the only soldier to volunteer to spy on the British who had taken control of Long Island when George Washington needed valuable information.

“I only regret that I have but one life to lose for my country.” Nathan Hale’s immortal last words on being hanged as a spy by the British in New York on September 22, 1776.